Posted on December 1, 2011 by rightoffthebatbook 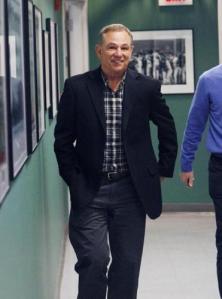 Bobby Valentine to the rescue!

Former major-league player (whose potentially brilliant career was cut short by injury), manager of the Texas Rangers and New York Mets, Japanese-championship manager (and speaker of that difficult language to a considerable extent), restaurateur, as well as, most recently at this writing, ESPN commentator, Bobby Valentine will be announced, at 5:30 EST, as the new skipper of the Boston Red Sox.

There is something Nixonian (absent the scandal), even Shakespearean, about Bobby V. You would think he’d be a perfect fit for both a veteran team with a huge payroll as well as the New England (he always calls Connecticut home)/RSN (that’s Red Sox Nation for cricket fans) faithful and second-guessers. Valentine seems to have sprung from the head of some god of controversy: Call-in-radio phones will be ringing off their respective hooks.

Good luck, Bobby V.! You were thoroughly fascinating as I (Evander) watched you daily at the helm of the Mets. You often proved me right; but many more times, you devilishly proved me wrong.

Postscript: I am proud of, and delighted that, writing partner Martin Rowe has purchased from Netflix, and is currently watching, not to mention thoroughly enjoying (!), Ken Burns’s majestic 18.5-hour (before “the extra inning”) PBS documentary, Baseball. So inspired, I will be tuning in to the BBC The Empire of Cricket on YouTube.