Posted on December 24, 2014 by rightoffthebatbook 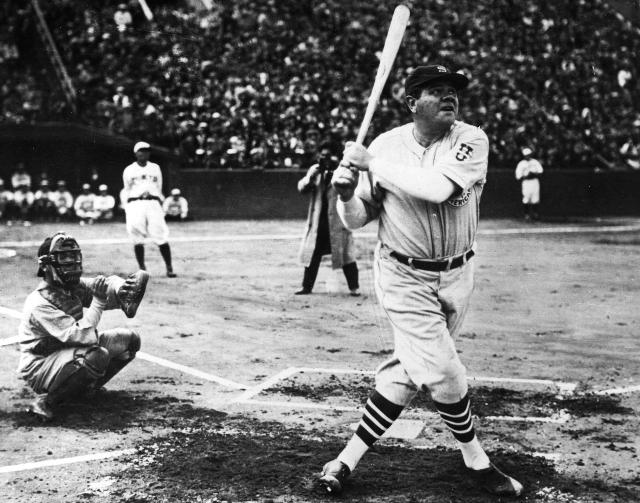 It was 80 years ago today that MLB taught Japan to play. Well, not exactly. But the 1934 barnstorming tour including the likes of Babe Ruth, Lou Gehrig, and Jimmie Foxx, did begin a process of popularizing baseball in the Far East. (Although no one realized it yet, the time frame marked the beginning of a new era of stars-to-be: Joe DiMaggio, Ted Williams, Bob Feller were shortly to electrify the public as the Ty Cobb-and-Ruth Generation faded.)

The collectibles’ market kills me (Evander). The hat Ruth wore during those depression days of touring recently fetched $303,277 at auction.

As for the games themselves, the major-league guys won all 22 by a whopping combined score of 250 to 45. (Though according to Geoffrey C.Ward and Ken Burns, the American team won 17 of 18 against the amateurs.) The sole bright spot for nevertheless ever-enthusiastic Japan was high-school pitching sensation Eiji Sawamura, basically the Bob Feller of Japan—at least for one day. (Eiji tragically died in 1944, serving in the Japanese Imperial Army.)

Below is the home movie by Double X, which records a modicum of the barnstorming glamour.