A Boring Cricket World Cup in the End—Possible Changes?

Posted on April 3, 2015 by rightoffthebatbook

I (Parth) write this as I watch the first half of the 2015 World Cup final between Australia and New Zealand. As the sands of time play tricks on our memories in the future, we will remember this world cup for a few things. Firstly, this was the first real Associate Nations’ World Cup. The ICC as an organization have to be praised for the successes of these nations because the money that they allocate in promoting the game in these parts of the world. It is because of that money Ireland was able to beat a full member nation this World Cup. That money is spent for no glory. That money will never make a profit. It is for the good of the game. Yet they have to take stock of their decision of having only the top 10 teams contend at the 2019 World Cup in England. That would be a shame. A real shame. There were other cricketing highlights that we all will remember, be it the South Africa v. New Zealand semi final, the Wahab Riaz spell, the two double hundreds of the World Cup, Kumar Sangakkara’s 5 back-to-back hundreds. 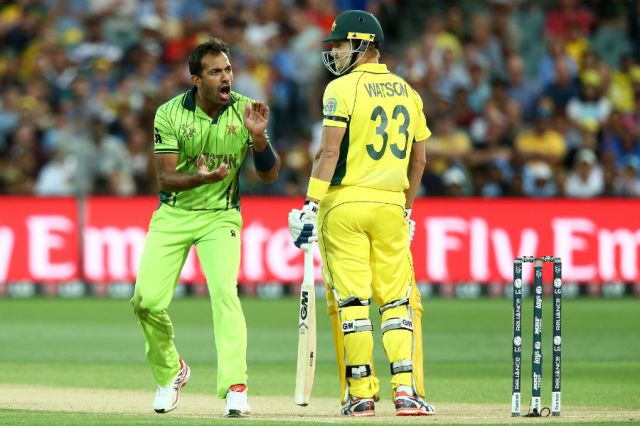 More than the positives, one will remember the dullness of this World Cup. Just having 3-4 close games in a 49-game tournament, is simply not good enough. To be able to win the toss and almost be guaranteed a victory is not my idea of a Cricket World Cup. It is also clear that the game has shifted toward the batsman a bit too much. Teams were eying 350 as a regular score and were able to achieve that goal with more frequency than one would hope. In a game, which has traditionally been played most memorably when, the contest between the bat and the bowl was even.

It is important to realize that the Cricket World Cup is not young anymore in the world’s sports calendar. It is an event that is still growing but it has found its place as the third most watched sporting tournament by the world after the Soccer World Cup and the Olympics. Yet, we still have to tinker with the format of the tournament every time it is played.

Martin Crowe proposed possibly the best tournament format for the World Cup that is good enough to stick with for the foreseeable future. It is also important we spread the game with as many teams as possible. The next tournament is in England. ICC should have some group games in Ireland, Netherlands, and Scotland. Important, likewise, is that the kids see an average citizen of their country one day become a sporting legend the next in a sport that is catching on like wildfire around them. Cricket should have the ability to change people’s lives in places where it is not a huge part of the discussion in the newspaper. That is the only way to spread the game. If the 2015 World Cup taught us anything, it taught that.

There are several reasons why the World Cup was dreary. Why do we like the