Posted on April 10, 2015 by rightoffthebatbook

Cricket is as much a game about the players as it is about the people who “call the plays,” as it is so beautifully said in baseball. Richie Benaud died today. He was without a doubt one of the best commentators on the Noble Game. A man who loved pauses in the world of hype machines, he truly was a breath of fresh air. Richie’s commentary was like a well paired fine wine—the game was great without his voice, but with it, it became memorably great. That is the power of a good commentator. The larrikin and the gentleman adorned with a bespoke Saville Row suit sitting in the MCC balcony—both considered Richie a voice that was speaking for them. That is a rare gift that only a few broadcasters have had. Richie had it. In abundance.

Benaud changed the game, not only with the mic, but also with the ball. He was the first cricketer in the recorded history of the game to do an enthusiastic celebration. A celebration that was scoffed by the traditionalists of that era and now it has become a common aspect of the game.

Just a stat for you: Richie Benaud calculated in 2005 that he had been a part of 500 Test matches (played and commented on). I doubt anyone has seen that many Test matches in their lives. He became the voice of summer for England and Australia for more than half-a-century, while being one of the fairest and most educated on the game. That is a rare talent as we, in the post-Benaud age, will find out.

As a romantic of the sport, I (Parth) feel, we have lost our leader. Richie: you will be missed. Bradman must be waiting for you up there and now the roles have reversed from your childhood, where once a student who saw the master play can tell the master all about a game that has changed tremendously since he left. The cricket world is poorer without you. The world in general is poorer without you. The people in commentary box have lost their North Star.

I leave readers with one of my favorite cricket moments and it happens to be voiced by Richie Benaud.(Watch for the last half of the video) “Jones, Bowden, and Kasprowicz the man to go!” —A legend. Goodbye, Rich! 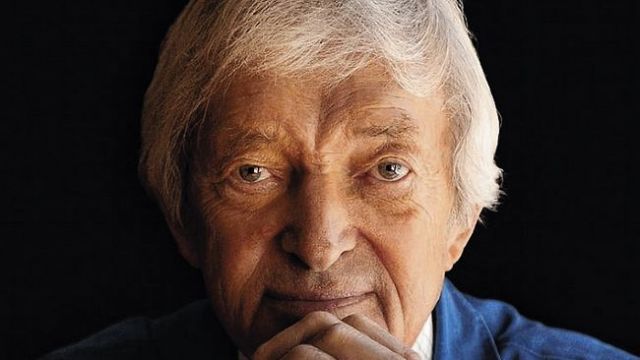 Co-author of the book, "Right Off the Bat: Baseball, Cricket, Literature, and Life"
View all posts by rightoffthebatbook →
This entry was posted in Australia, Cricket, England and tagged Don Bradman, MCC, Richie Benaud. Bookmark the permalink.